We haven’t many new guitars to show you this month as we’re in-between batches but a couple of Lamornas went off to the shops, this one to Coda

And Andy took this one with an interesting rosewood back off to Project. 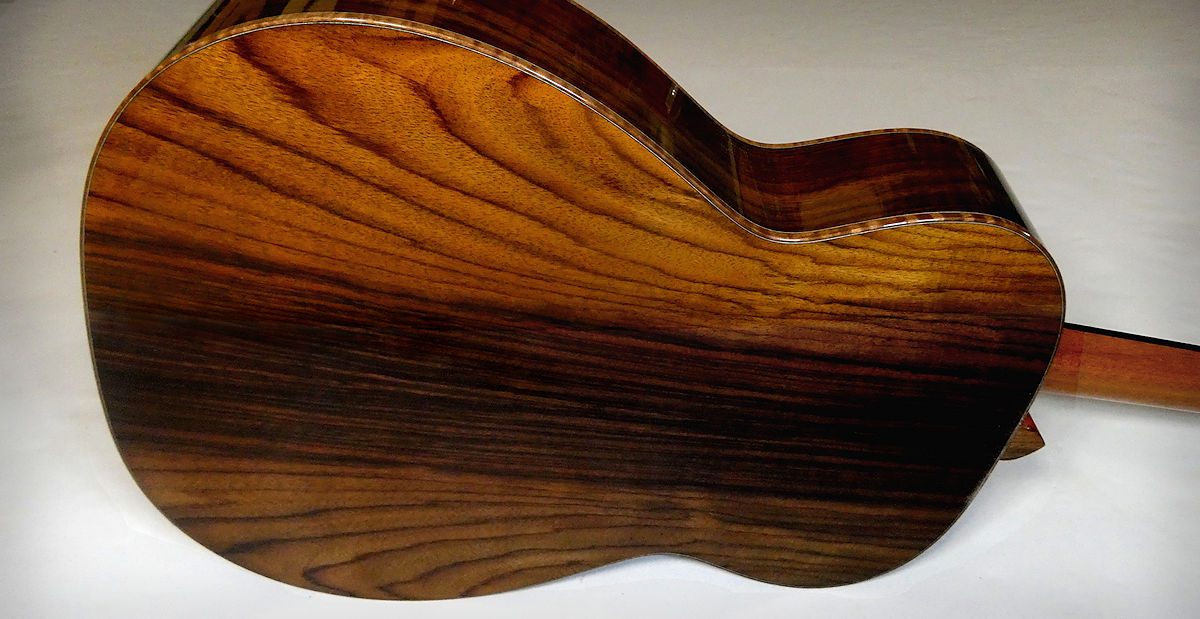 Paul ordered his walnut Torridge from Project Music but wanted to look around the workshop so came down from Surrey and picked it up from us. 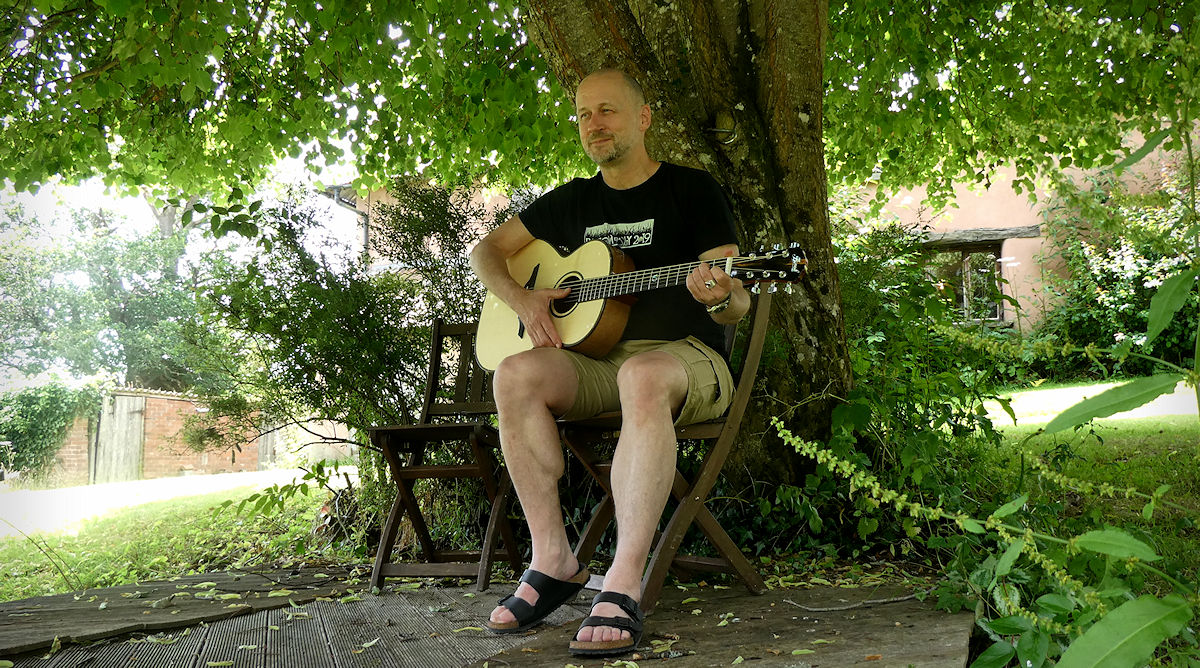 Phil McKnight sent us this photo taken when he was gigging at The Rum Diary Bar in Newcastle, New South Wales, he wrote “Greatly enjoying playing the little Becka you made for me, lots of curious punters after shows have been asking about it!”.

This Abbey‘s for sale, if you’re interested and would like to come and try it, just get in touch.

Richard thought we might like to see how well his twelve fret Taw has aged, you can see how light the sitka top was when he picked it up fifteen years ago! 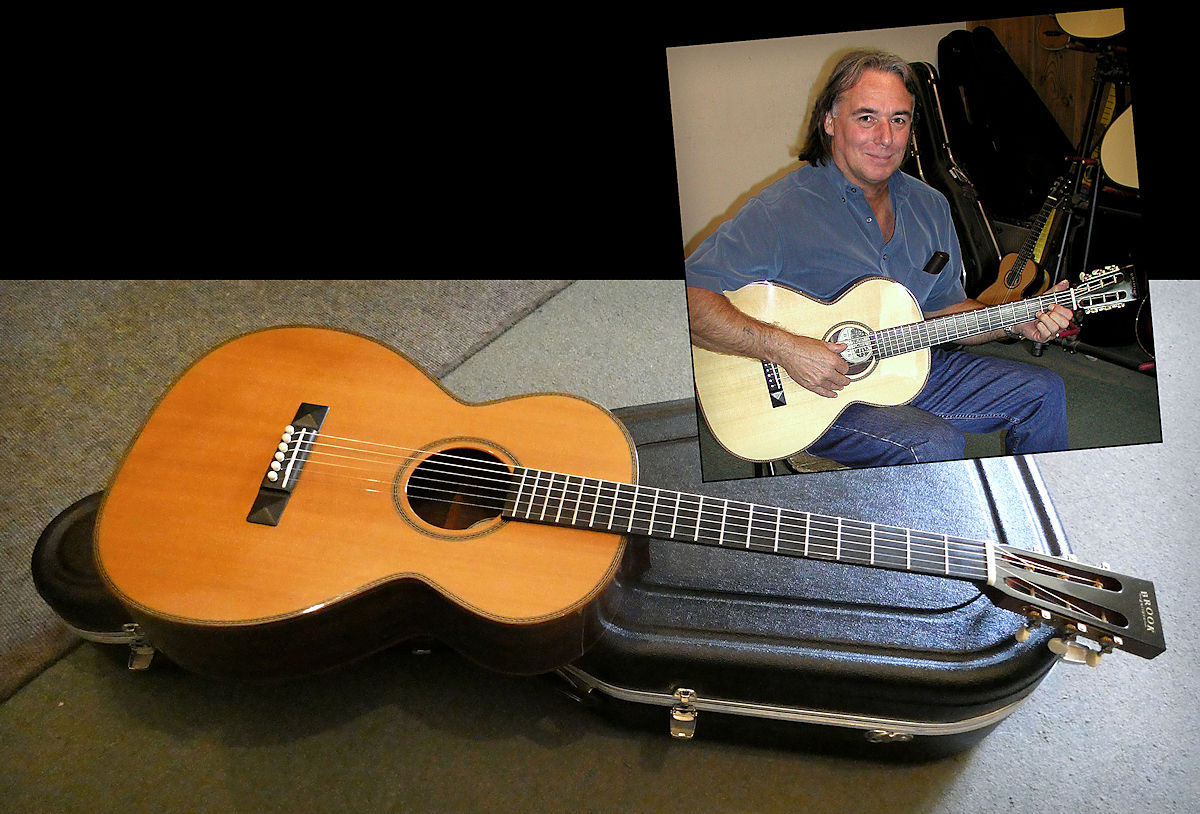 He brought down this Martin for us to repair, the all too common problem of the binding separating from the main body of the instrument. 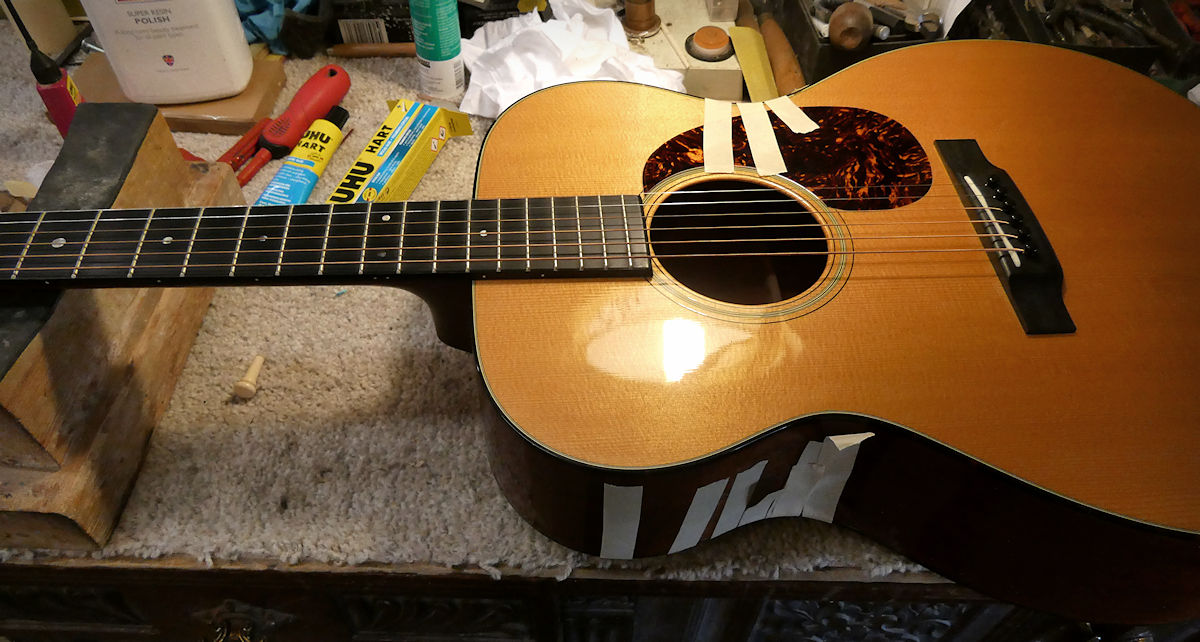 As I mentioned – Not many finished guitars ready to go out this month but here are the latest ones I’ve just put together, fretted and made up bridges for – just waiting to be strung up now,

While Jack’s preparing this batch for binding.

You may remember Geoff brought this walnut over from his property in France and we sliced it up. The Lamorna we’re making for him out of the wood is now in the spray room. 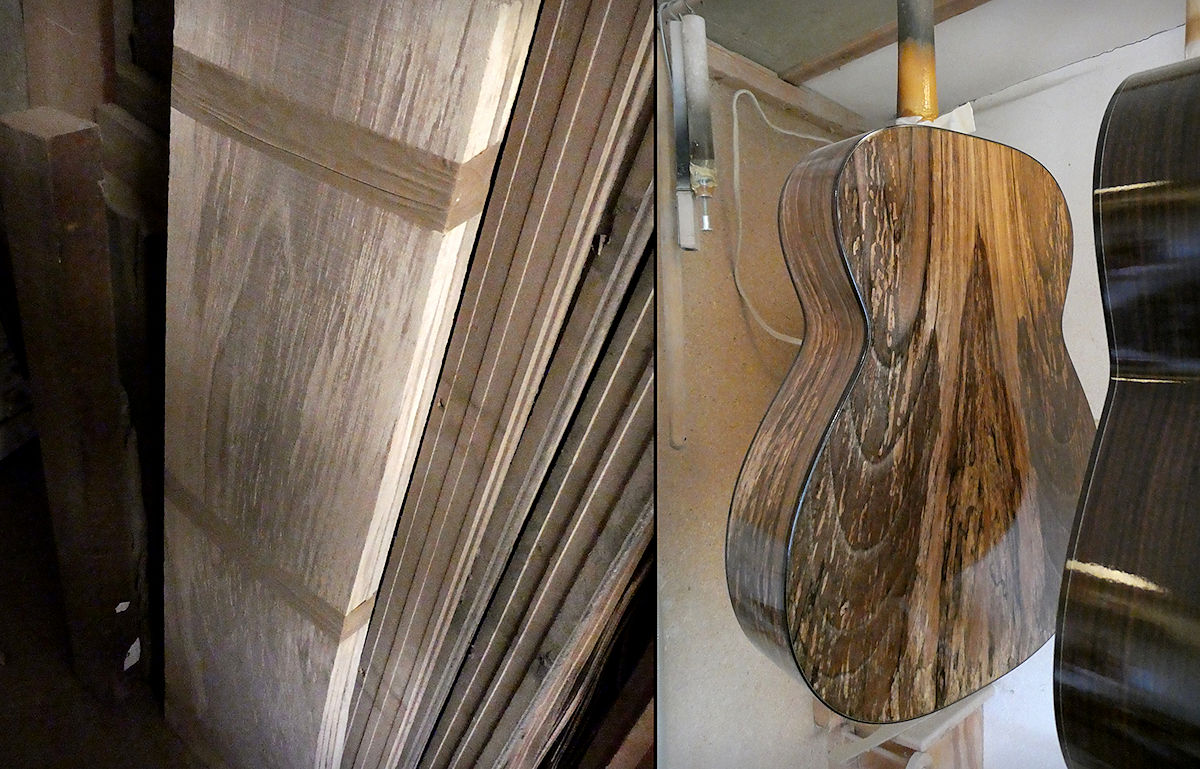 Also in the spray room Andy’s been preparing and spraying this Fiesta Red Strat for James.

And we’ve just re-set the neck on this twenty two year old custom Torridge for Coda.